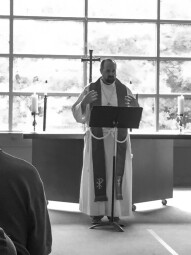 A native of Pennsylvania and a graduate of Geneva College (97’), Michael worked in campus ministry with Coalition for Christian Outreach for nine years. In he finished his Master of Divinity at Trinity School for Ministry, an evangelical Anglican seminary. He was ordained an Anglican Priest in January of 2010 and became the founding pastor of St. Andrews Anglican Church in Beaver Falls, PA in 2010.

It was at St. Andrews that he met his future wife Megan Edmister, who was pursuing her Master of Arts in Higher Education at Geneva College. When Megan moved to Nashville to become the Coordinator of the Freshman Year Experience at Trevecca Nazarene University, Michael soon decided to relocate to Nashville. He has been assisting in the development of structures for the ordination process for the Anglican churches in middle Tennessee.

Michael and Megan were married in the summer of 2014. They share a love of music, movies, food and books. Some of the formative influences in Michael’s theology and ministry include Thomas Merton, Henri Nouwen, and Robert Farrar Capon. 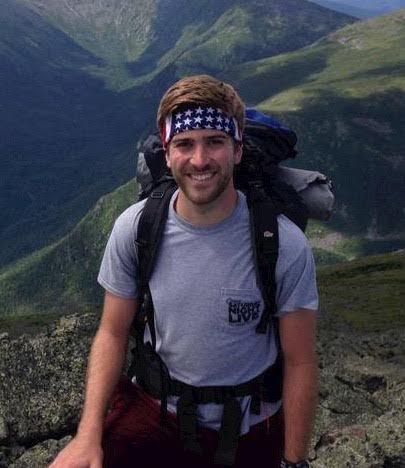 Born and raised in Franklin, Tennessee to a teacher and a civil engineer, Campbell grew up in Christ Community church where he was heavily involved in the youth programming. He attended local schools such as New Hope Academy, Grassland Middle School, and Franklin High School. Campbell graduated from the University of Tennessee at Knoxville with B.A. in Psychology.

Throughout his college career, he worked with many youth ministries: YOKE, Christ Community Church with summer programming, Camp Brookwoods in New Hampshire as a summer counselor, and Grace Presbyterian Church in Knoxville as a youth leader. He enjoys sports such as football and soccer, outdoor activities, and organizing events for the energetic youth of today. 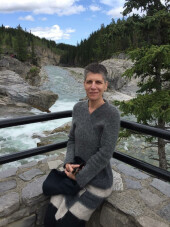 Joyce Fazio has spent the last 25 years in the classroom encouraging students to connect to text. She has taught in private Christian schools as well as public sectors in the New Jersey/ Philadelphia region, along with being an adjunct professor at Rowan College in New Jersey and Columbia State in Tennessee. She holds a BA in English Education (with elementary and high school certification) and an MA in English, both awarded at The College of New Jersey. She, of course, is an avid reader, a writer of poetry, and a student of simple living. Her faith journey took an interesting turn after reading Joan Chittister and Henry Nouwen. Joyce and Joe moved to Franklin to be near their married son and daughter-in-law. Their eldest son and daughter-in-law reside in Calgary, Alberta.

The Parish Council is comprised of the pastor and lay people elected by the members of the congregation. Together the council governs the church’s administrative affairs and seeks to broaden the base of leadership in the parish. The lay members also advise the clergy regarding the ministries of the church and provide accountability and support to the clergy in their work. The lay members of our parish council are: